For many, the transition from physical keyboards of mobile phones to today’s touchscreen was a blow. Especially for those who finished the sentences even before thinking about them. The lack of true tactile feedback only possible with hardware keys is however compensated by the numerous functions and advantages that the smart-keyboards of our devices guarantee.

If before the T9 was the maximum of writing technology, today we can enjoy many other software features: from physical keyboards we moved to the era of software keyboards, real programs with interchangeable interfaces and possibilities limited only by developer imagination. In this article, we will discover the writing tips and tricks with our Android!

The premise of writing tips and tricks 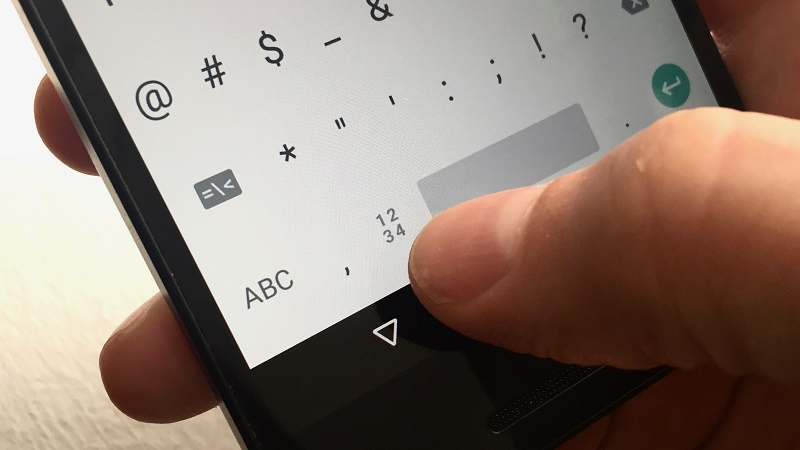 As already mentioned, the keyboards in Android are nothing more than normal applications, whose interface consists precisely in a virtual on-screen keyboard and whose functions/settings vary according to the choices of the developers, while maintaining some aspects common to all.

Each Android device has its default keyboard, often developed by the device manufacturer, such as Samsung Keyboard, but also the classic Android Keyboard Google Keyboard. You can also download from the Play Store many other keyboards to find the perfect one for your needs or personal tastes.

Given the huge variety of keyboards it would be impossible to list every feature offered, so we recommend that you browse through the settings of your keyboard to discover all that can offer: go to Settings> Language and input and select the keyboard settings that you have chosen to use. 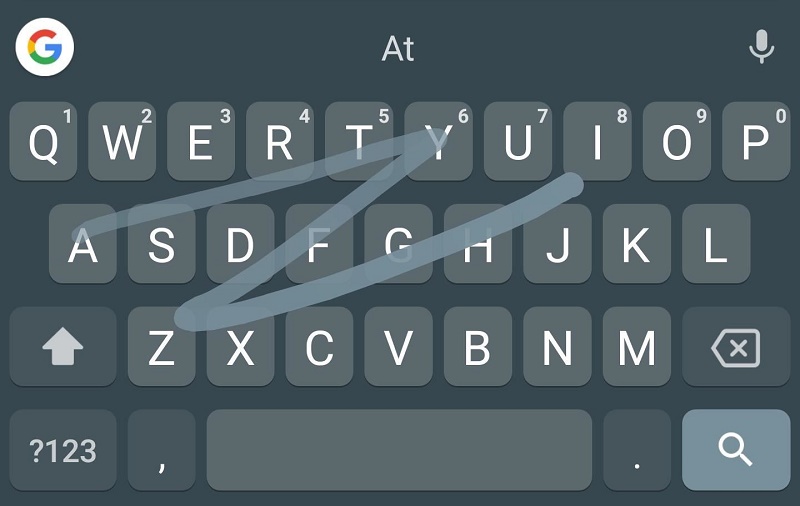 Directly from the creator of the T9, here is the new reinterpretation of intelligent keyboard, designed ad-hoc for touchscreen screens. The Gboard swipe technology. Although ignored by many, this technology allows us to instantly write the desired words without having to select letters one by one, instead of tracing a path on them.

As for the T9, the desired word will appear almost magically in the text field, thanks to the algorithm to correct the inaccuracies of the movement (rather than the selection, as happened with the T9). Although the keyboard with the original Swipe technology is the Swype Keyboard app, it has been integrated into almost every other Android keyboard and with it some of the following tricks:

Capitalization: To start a word with a capital letter, starting with the first letter we can “exit” from the keyboard upwards and return to the next letter.

Double: To effectively compose the words with a double letter we can draw a small circle and continue with the path.

Apostrophe: To add the apostrophe while writing with the swipe we can reach the point key next to space and continue with the word.

2. Transforming numbers or abbreviations into entire words or phrases 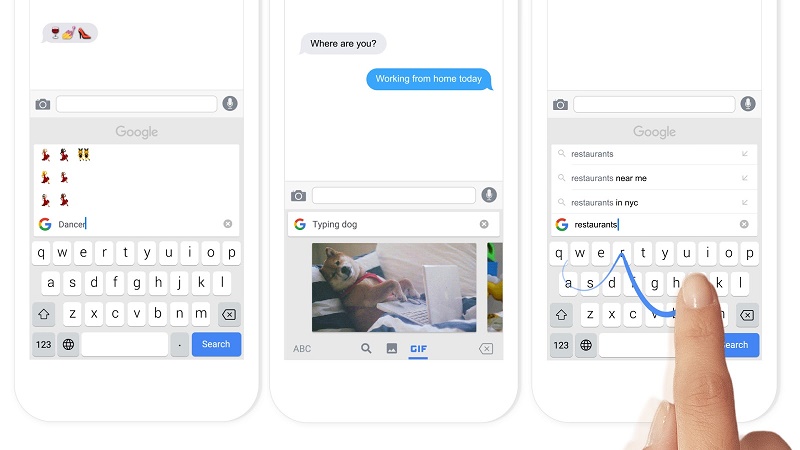 The new frontier of mobile writing seems to be about this feature. It is to be able to write words or entire sentences simply using an abbreviation or a shortcut key (like a number). In reality, this function has been possible for some time, but today more and more keyboards are deciding to adopt.

The operation is very simple, although it may differ slightly from one keyboard to another: in the keyboard settings, we can set a character or abbreviation. For example, “pit,” to which to associate a word or phrase, in this case, “AndroidPIT.” When we write such abbreviations, the text that we have associated with it will appear among the suggestions.

To activate the function on Google Keyboard, we will have to go to Settings> Language, and input> Personal dictionary and add a new word, while with Samsung Keyboard we will have to enter the keyboard settings and change the item Shortcut keys pers. , where we can assign text to the numbers from 0 to 9. Check the settings of your keyboard!

If you are interested in this function, but your favorite keyboard does not provide it, thanks to the Xposed Macro / Text Expansion module we can activate it! You will need root permissions and installation of the Xposed framework, potentially dangerous operations for our devices. So, be very careful if you decide to go into the world of modding Android.

3. Use punctuation in an instant 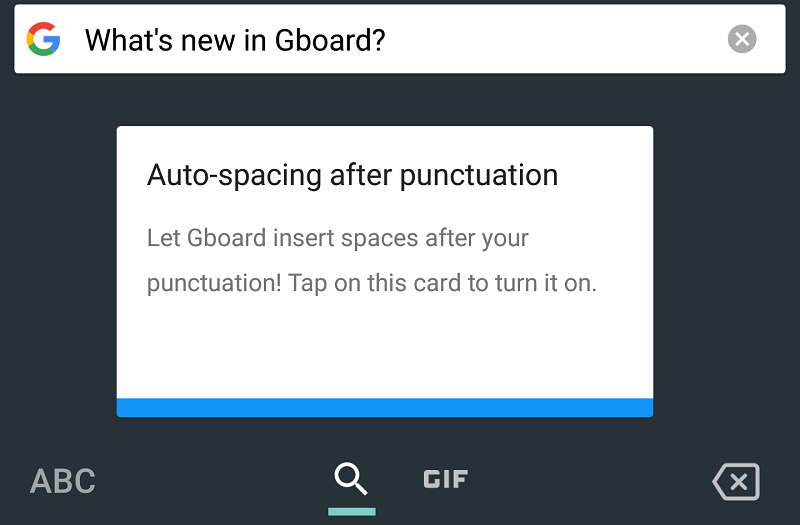 Normally, to use punctuation that is not the simple comma or the point, to which a key is dedicated next to space, you must perform at least three moves: tap the key to access the punctuation / special characters, select the desired character and return to the keyboard normal.

The keyboard of Google, both the original Android (present for example in Nexus or custom AOSP ROM) and the Google Keyboard app downloadable from the Play Store has designed a shortcut to access directly to the desired character and return to the normal keyboard: press the “? 123” key, drag your finger up to the character key and release. The same goes for making the first letter capitalized, starting from the uppercase key.

4. Change the uppercase after writing 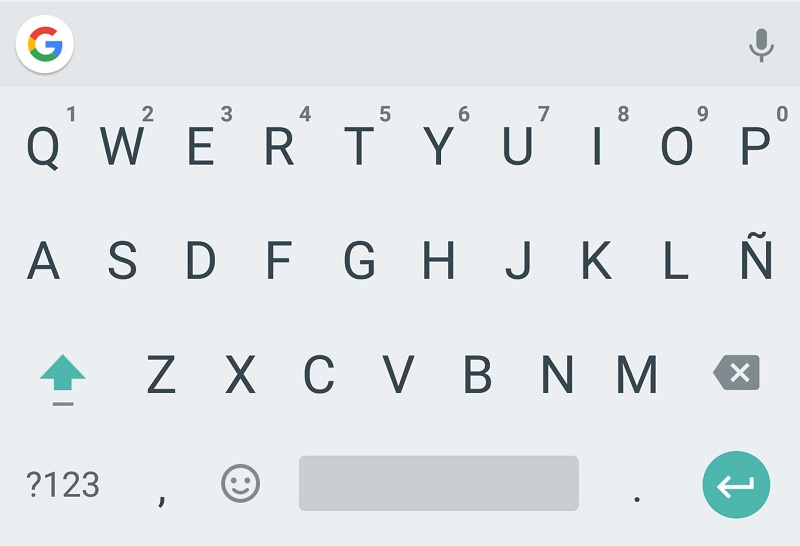 How often do we forget the capital letters in one or more words and consequently have to delete and rewrite them, wasting time in vain? Once again our smart keyboards come to the rescue, allowing us to change the wrong words in two or three touches.

With the Google keyboard, all we have to do is select the word to be corrected (holding it down for a long time) and tap the capital key. The first touch will capitalize the first letter of the selection, while at the second touch the whole text will be capitalized. To cancel, touch a third time.

5. Import the words we use the most from Social Networks

The precursor of this feature is probably the hugely popular and hyper-awarded SwiftKey keyboard, but it is not the only one to offer the possibility to import words. This function does nothing more than analyzing the contents of what we have written on Facebook, Twitter, Gmail, WhatsApp or even in text messages to extract the words we use the most and eventually add them to the personal Android dictionary.

Many keyboards do not yet have this function, even Google Keyboard. Thanks to an app we can add it in no time! We have to download the User Dictionary Plus app to import the most used terms in social media and not just on our favorite keyboard. At the moment the app works only with keyboards that do not have their dictionary and use that of Android, such as Google Keyboard, Minuum or TouchPal. Moreover, the free version does not allow importing from WhatsApp. Do you know other writing tips and tricks to improve the writing experience with Android? What is your favorite keyboard?