Gloucester has always been a popular city location for both visitors and people looking for Gloucester houses for sale. With many new estates appearing within the area, companies like www.tgres.co.uk/for-sale/houses/gloucester have plenty of different properties available.

The city itself is steeped in history especially as a Roman stronghold, as well as the important docks area. It has also been the location for many films and television shows including Harry Potter, which had elements filmed in the beautiful Gloucester Cathedral.

Here are some interesting facts about the wider Gloucestershire area: 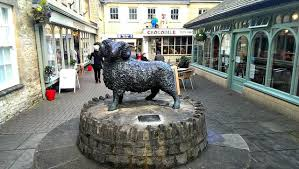 The whole economic make-up of the Cotswolds was centred around sheep. If you go to the market towns of Cirencester (the capital of the Cotswolds), Stow on the Wold and Fairford to name a few then you will find a central market place that has a few narrow entrances, much to the annoyance of modern town planners trying to get a road in. This was deliberate so that the many sheep that were gathered in the town for sale could not escape. This brought great wealth to the region and the majesty of these market towns is evident. The sheep themselves were a breed apart, hardy and rugged. They earned the nickname the “Cotswold Lion” as the sheep would roll in the yellow stone of the escarpment and take on a very leonine appearance. Near the point of extinction after the First world war the breed has been saved and brought back to much greater levels.

The cathedral in Gloucester being one of the oldest in the country has a very long history that is too long to go through here. To give you some idea it is the last resting place of King Edward the second who met his end at Berkeley Castle down the road. It wasn’t just sad events, the coronation of King Henry the third happened there and as he was only nine it must have been a joy affair (probably) and in more recent times it has doubled as Hogwarts in the shape of its Cloisters.

There are many historically significant sites within the Gloucestershire area that reaffirm the counties historical importance. The new housing areas in Gloucester have been built on land that was once used as an airfield and in the manufacture of aircraft such as the Tiger Moth and the Meteor, with Frank Whittle’s first jet engine taking it first test flight on the site.