New Year’s traditions or Eve is night of the nights. On the last night of the year is when more parties and events are organized around the world. Surely you know those of your culture but, do you know how they spend the end of the year in other countries?

In Spain it is tradition to eat twelve grapes while the clock is twelve o’clock at night. One grape for each month of the year. In this way a happy and prosperous year is assured. But not only in our country there are traditions of New Year’s Eve. In Germany , for example, it is normal to dine a soup of lentils to attract luck and in Italy it is customary to wear some red underwear.

The funniest New Year’s tradition is the one followed in Scotland . So that the New Yearbe especially successful you have to get a man with brown hair and handsome (indispensable requirement) to enter your home at midnight. If you also have a raisin bread and some pieces of coal under your arm the new year is very profitable.

We have reviewed the best New Year’s Eve traditions in the world . Do you want to know why in China they throw mandarins into the sea and in Russia they mount a huge Christmas tree on the last night of the year? Well, keep reading! Apart from the Christmas songs , do there really exist common traditions in different cultures? 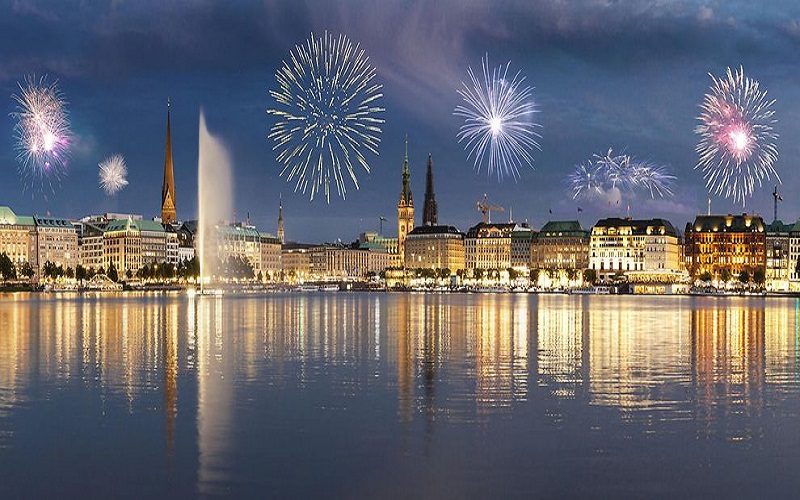 The Germans have it clear. New Year’s Eve must be celebrated in style. And, the German country loves fireworks and firecrackers. In fact, every New Year’s Eve Germany spends more than 1 million euros in pyrotechnics . But why do they do it? This display of lights and noise comes from a tradition of very old New Year’s Eve . It is believed that riding racket gets away from the ghosts and spirits while attracting a year of tranquility.

But, in addition, the Germans maintain other very curious traditions. In the New Year’s menu, a plate of lentils is often included. They say that this way they assure a good year at economic level. In addition, they usually give each other a braided milk bun as a symbol of good fortune for the New Year.

End the year without knowing what future awaits you? In many New Year’s Eve parties in Germany it is customary to reserve a few minutes to read the horoscope or swing the pendulum to know the New Year’s forecast. 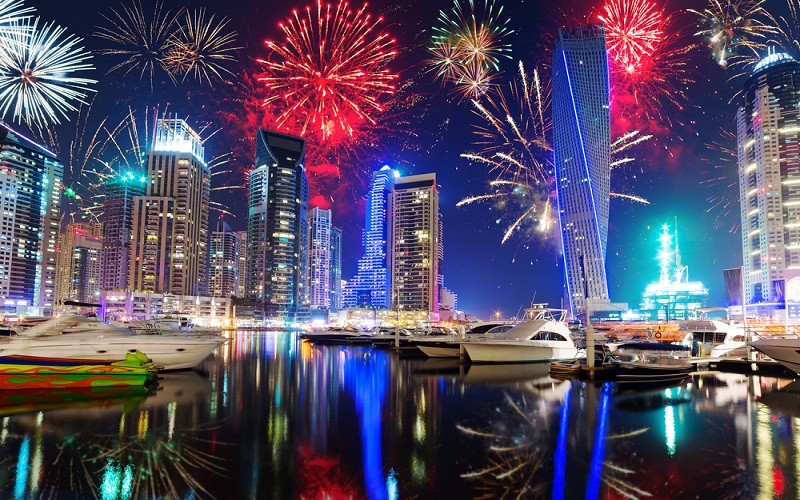 Fireworks, include a lentil soup in the New Year’s Eve menu or choose red underwear. The Italians do not take chances and do not leave their luck to chance. That’s why they have many New Year’s traditions that most of them tend to fulfill. The most important is to choose red underwear . It does not matter if you are a man or a woman, some of the clothes that you take on the last night of the year must be red. It is believed that this ritual attracts good fortune and luck.

In Spain and Chile this tradition is gaining followers and more and more are choosing to choose a nice bra,a thong or red socks to wear under the New Year’s dress or costume. And that is, all that is in our hands to ensure a prosperous year is welcome. 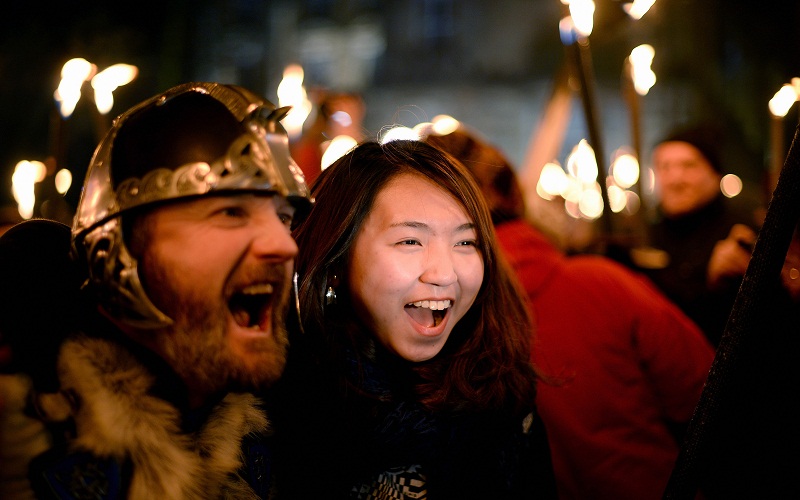 If you decide to celebrate the last night of the year in Scotland you have to know that New Year’s Eve is called Mahogany . The Scots know how to have fun and the most important thing for them is to make sure the whiskey does not run out all night long. In fact, if you are invited to a party, bring a good bottle of this drink is a good choice.

In Scotland it is tradition to get the luck for the New Year the First-Footing . What does it consist of? Well, get a relative, neighbor or a good friend to visit you at home just when the clock strikes midnight. If the man who crosses the threshold of your door has dark brown hair and carries a loaf of raisin bread and a piece of charcoal under his arm luck is practically assured. 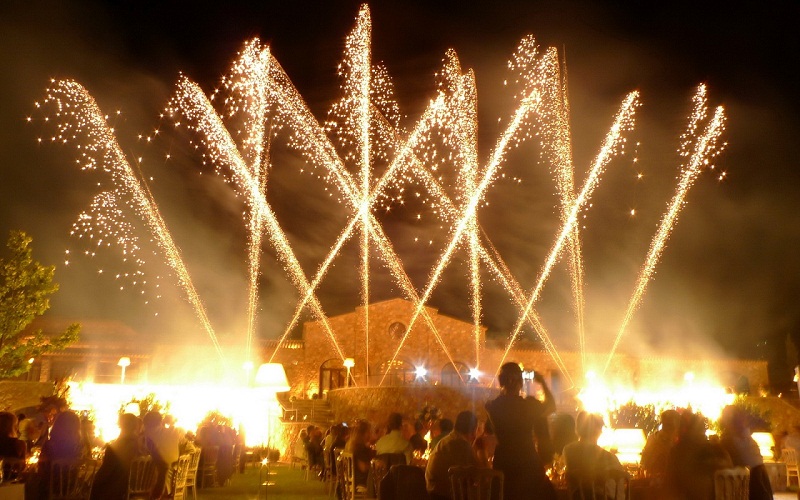 In Greece they do not walk around with nonsense. If you want to have a good year, you have to earn it hard. In fact, most of New Year’s Eve traditions in Greece are related to the game. And it is that, the Greeks believe that if during the last night of the year they have luck playing cards or dice they will also have a lot of luck during the following year.

For all those who are not good at gambling is not all lost and there is a way to get a year of good luck. Traditionally, on New Year’s Eve, it is usually made a bread with basil in which a coin is hidden . The bread is usually distributed among all and if you touch the coin you have assured good luck for the New Year. 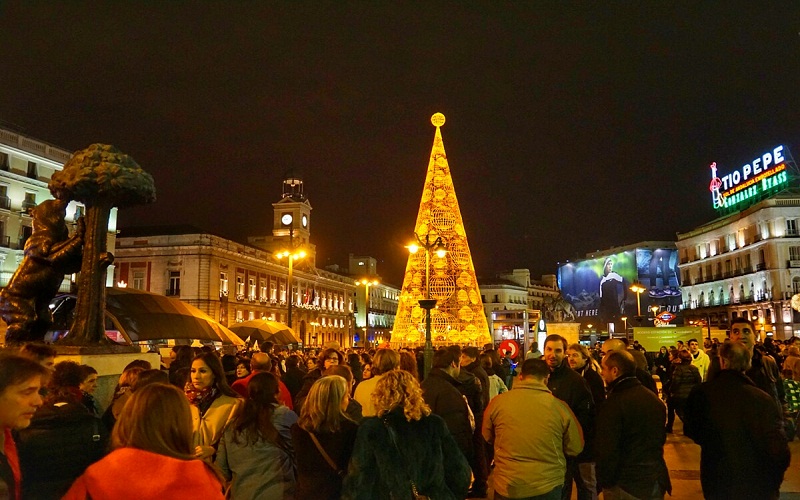 The New Year ‘s Eve in Spain is one of the most fun in the world. There’s no doubt. In addition, traditions we can not complain because we have many and very varied. The custom that is usually respected in all houses is to eat the 12 grapes . A grape with each one of the bells that the clock gives at midnight. If you manage to finish with the dozen you are assured a prosperous year and with luck, those who do not succeed will have it a little more complicated.

As in Italy, many Spaniards choose a red undergarment . Another source of luck. In addition, it is said that if you put a gold ring in the champagne glass that is used to toast the New Year, luck multiplies.

Of course, in Spain we also do not forget to congratulate the parties through the famous Christmas . And it is very exciting to receive a card on these dates, or even an email. If you need ideas, we leave you some phrases that will make you great. 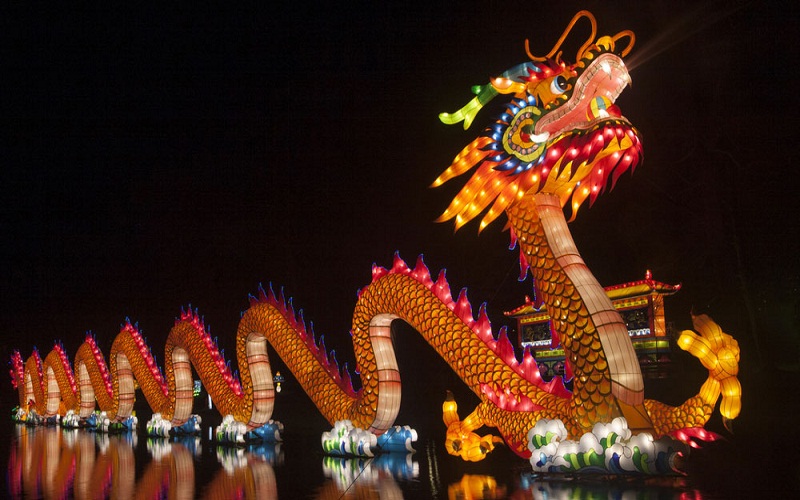 The Chinese calendar is not the same as ours. In fact, in China they look at the course of the moon to determine the start of the new year. So, it is January 21, the night of the first full moon of the year, when New Year’s Eve is celebrated in China.

To keep spirits and ghosts away, the Chinese clean their homes thoroughly and an hour before the clock strikes midnight open all the windows so that luck can enter the house at ease.

Chinese women follow a very peculiar ritual on New Year’s Eve. To make sure that in the New Year they will find the right man they go to the beaches and throw a tangerine into the sea. But for everything to be clear, many Chinese write their name in the tangerine, lest the man have any doubt about who his soulmate is and get lost along the way. In addition, it is the tradition of New Year’s Eve in China that families come together to enjoy a festive meal together. 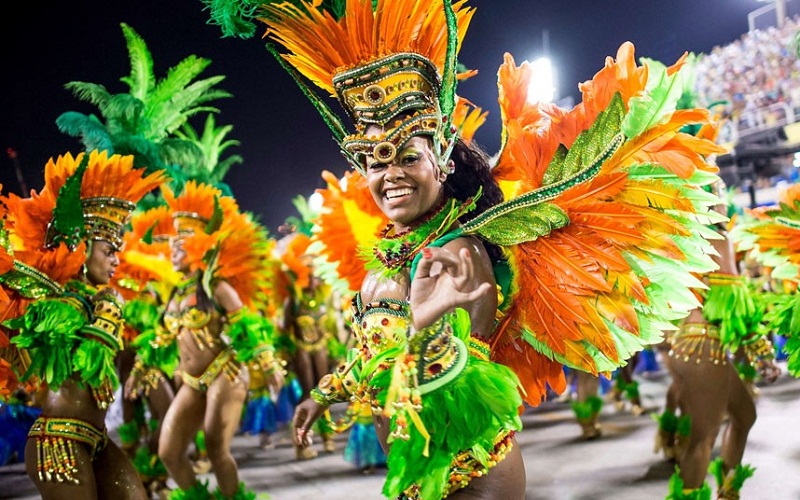 In Brazil it is a tradition to wear white on the last night of the year . The color white symbolizes happiness and purity. In addition, the beaches are often filled with colorful candles. White candles pursue happiness, wealth yellows and red candles help to find love.

Brazilians also choose underwear conscientiously. The white garments ensure a year in harmony and if a red garment is chosen it will surely be easier for love to knock on the door.

During this last night of the year many Brazilian women pay tribute to the sea goddess Yamanja. The rite consists in spreading flowers and releasing little boats full of sweets and candles into the sea with the desire to strengthen relationships personal and help the fertility of women.

At the New Year’s Eve dinner the Brazilians can not miss a freeload . A stew made with beans that brings luck if eaten on the last night of the year. 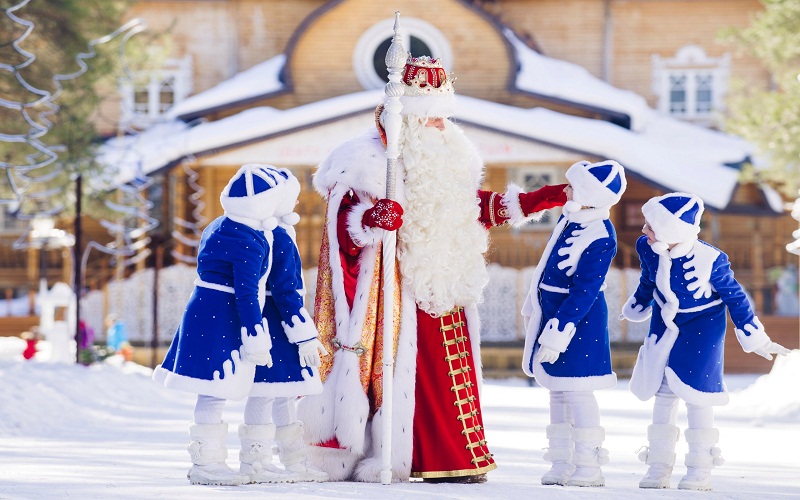 In Russia everything is done in a big way. That is why the Russians celebrate the last night of the year twice. One during the night of December 31 to January 1, another thirteen days later. How is this explained? In Russia two calendars still coexist, the Gregorian and the Julian. The latter is the one that remains in the Russian Orthodox part and goes thirteen days behind the calendar that is valid in most European countries.

Finally, do you want to change your New Year’s traditions a little and do everything possible to have good fortune, prosperity and happiness in 2019? Only one month to receive 2019 and the end of the year night is a special occasion that is celebrated around the world. Each country has its own traditions and customs typical of this night, but fireworks and champagne  are two essentials that we find in many countries across the globe. New York and Times Square , London and Big Ben , Paris and the Champs Elysee or Madrid and Puerto led Sol are some of the many cities in the world where people are concentrated in the big squares to receive the New Year.