Gastronomy of the Land of the Rising Sun is considered by many to be the most unusual and colorful. The very fact that the salt and pepper, which we are used to, is not added to the dishes of Japanese cuisine, speaks volumes. But the taste of food is always bright and memorable. The fact is that for the Japanese the main thing is the table setting, the original presentation and the beautiful view of the food. And soy sauce, green mustard, and ginger give a particularly unsurpassed taste. It is the presence of these spices is mandatory for Japanese treats.Many people think that only highly professional chefs who have lived in Japan for more than a decade can cook Japanese food. But this is far from the case. Among the many national dishes, there are those that even young novice hostesses can cope with. Japanese Tamagoyaki, the national Japanese omelet, can be considered just such an easy and accessible recipe. A classic dish is simple in the cooking process, and the addition of various fillings can diversify your daily menu. 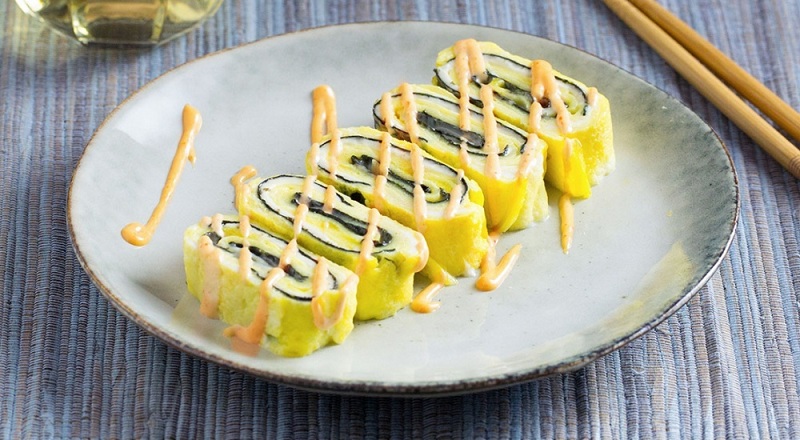 Tamagoyaki – this is not the usual recipe for egg omelet, which you used to cook in a hurry in the morning. In fact, this dish is a mixture of eggs, soy sauce and Japanese wine (mirin) with the addition of a small amount of sugar. The taste of tamagoyaki is not the unleavened mass of the scrambled familiar ingredients, but delicate rolls with an unusual combination of sweetish and moderately salty tastes. 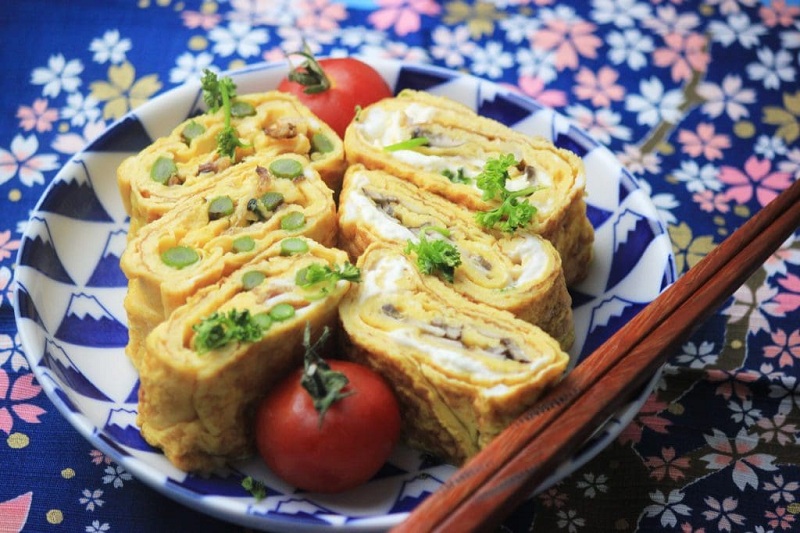 For the preparation of Japanese tamagoyaki, you will not need any exotic products and spices. And the cooking process itself will not take too much time. The only thing you need to stock up on is dexterity while wrapping thin egg pancakes right in the hot pan. 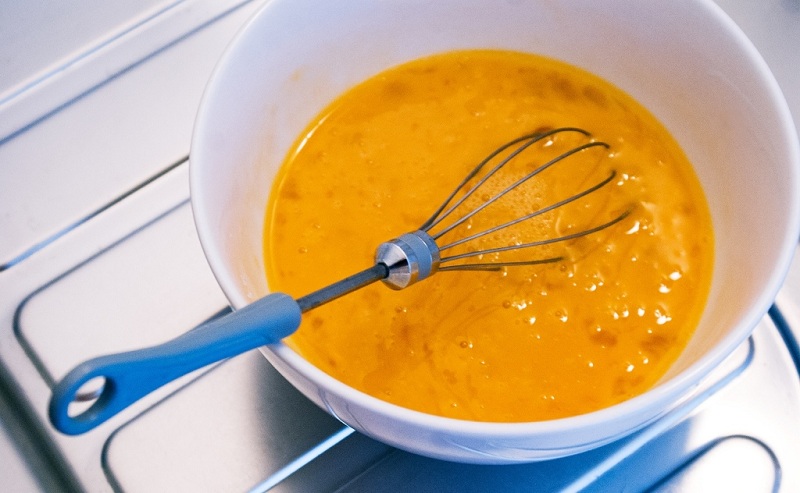 Tip! The mixer is not suitable for whipping eggs into a Japanese omelet since during such powerful mixing air bubbles form in a large amount.

Serve a rolled omelet as a separate dish or with a side dish of crumbly rice. If you follow the Japanese tradition, do not forget to put wasabi, pickled ginger and soy sauce on the table.

If the previously described recipe for Japanese omelet is considered a classic, then the proposed options for tamagoyaki are only a distant Asian flavor. Having made some adjustments, you can get a more satisfying and bright dish – it will be enough just to add stuffing on the pancake egg pancakes. 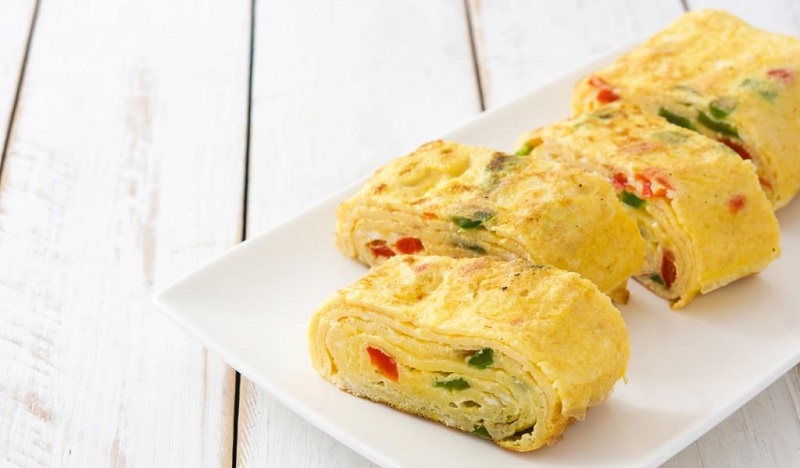 You can start rolls absolutely everything that is in the fridge: sausage, smoked meats, fish, various vegetables, mushrooms, greens, cheese. Try blending some matching ingredients for the filling. Only by trial and error, you can choose for yourself exactly the unforgettable taste of Tamagoyaki, which, quite likely, will become your calling card in cooking!