It may be a little premature to report the demise of diesel, but it’s certainly coming in for a lot of criticism lately. What’s all the fuss about? 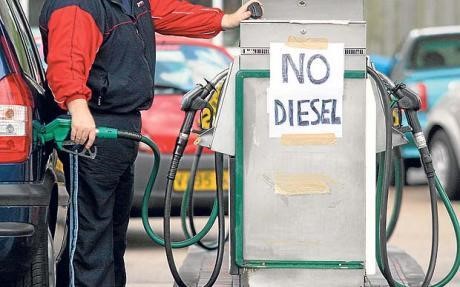 After years of being urged by the government, both through rhetoric and financial incentives, to buy diesel cars over petrol, British car owners are now being told that diesel fuel is dirtier than petrol and is causing massive harm to the environment. The controversy began about two decades ago when the government based its clean fuel campaign around CO2 or carbon dioxide emissions.

Diesel engines emit less CO2 than petrol on a litre per litre basis so in a mission to improve air quality in the UK, the government put forward diesel cars as the answer and demonised petrol – consumers were happy to be convinced as diesel also offers better fuel consumption. The campaign worked and diesel car purchases soared. In 1994 there were about 1.6 million diesel cars on UK, up to about 10 million today.

Jump forward about 20 years and more recent research has painted a very different picture. While diesel is cleaner than petrol from a CO2 standpoint, it produces far more potentially harmful particulate matter and nitrogen oxide (Nox), and it is now believed that these are causing a number of health issues and contributing to poor air quality in the UK.

Not only has the shadow environment minister, Barry Gardiner, publicly stated that the previous Labour government made a mistake in supporting diesel over petrol, diesel car owners are increasingly finding themselves penalised in the form of higher residents’ parking charges, extra congestion charges, and London mayor Boris Johnson has called for a scrappage scheme to help rid the roads of old diesels. It’s not just in the UK either, as the mayor of Paris, Anne Hidalgo, has announced that diesel cars will be banned from entering the city at all by 2020.

However it’s not all doom and gloom for the much maligned fuel, as car manufacturers and motoring organisations have come out in defence of diesel. They have invested huge amounts of time and money into developing cleaner engines, not only petrol and alternative fuels but also diesel. Modern diesels are cleaner and greener than ever, and in some cases more environmentally friendly than their petrol counterparts.

The real cause of the problem is older diesel cars. The natural life span of cars means that many of these are still on the roads polluting our air and it could take decades for them all to be replaced by more modern, clean and efficient models. Ideally all diesel car owners would rush out and replace their old vehicles with one of these but this isn’t a remotely realistic prospect. However if you prefer a diesel for its torquey driving dynamics and better fuel economy but can’t afford or don’t want to commit to a brand new car, then just do all the repairs you can on your current car like the engine, filters and wheels.  You can get a Tyres Gloucester company to do these for you at links like https://swiftfit.uk.com/gloucester-tyres/ In time the situation should stabilise and the hyperbole on either side of the argument dissipate, as older cars naturally get replaced by more modern versions and both petrol and diesel become sidelined by modern alternative fuels.