One of the oldest tracks on the circuit of Formula one Monza is the home of the Italian Grand Prix. It is without doubt the maddest weekend of the calendar with the rabid Ferrari fans none as the Tifosi roaring on their red heroes to certain victory or at least that was the case when Michael Schumacher was driving for them in the Noughties., now they don’t have it all their own way. Regardless, next to the Japanese at Suzuka the Tisfosi show an almost religious devotion to the Ferraris but most of all they love a good race. And to be fair they have one of the best tracks for it. 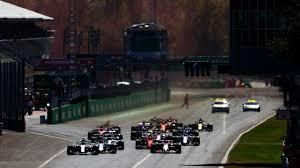 Once twice the length the Monza circuit was a mammoth figure of eight track with huge banked curves, which are still visible but not accessible, until they were deemed unsafe and discounted. Monza is known for its long straights, all the better for that old V12 Ferrari engine grunt (that is no longer allowed). It is held in the balmy month of September and good weather is usually forecast but if you join the Italy F1 Paddock Club following a visit to https://edgeglobalevents.com/f1-paddock-club/f1-paddock-club-italy/ then you can watch the whole circus from a nice place with all the comforts that hospitality can offer.

Driving around the track is definitely an experience.

Unless your in a Ferrari you probably notice that no one is cheering for you. The track is in a clockwise direction so the g forces on the neck are mercifully reduced. The start is one of the longest straights in F1 and it involves a flat out drag straight down to the first chicane. The cars go from 0 to 215 to 55 miles per hour with the first few seconds of the race. 1 and 2 is a near 90-degree chicane and the driver that tries to cut it, and others can find themselves in the air for a few milliseconds but this is long enough for the power to the car to smash over the rev limiter and you lose time. 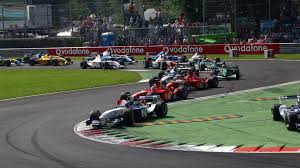 The third bend is a long fast right hander up to the next chicane again a neat 90 degree. It was felt that the cars went way too fast at Monza (which was sort of the point for the Italians) down the straights for safety, so they added the chicanes. You hit 205 mph before braking down to 80 with the brake discs glowing with the effort. Round the top of the course for too fast rights then into the huge left-hand fast curve the cars on full power now down to the famous Curva Parabolica which famously comes back in on itself before releasing the driver to go pedal to the carbon fibre and pass the start finish straight at 220 miles per hour. It should take you no more than 1 minute twenty and you do it fifty-three times.