As a child I read many things that went something like this “In the exciting future of 2005 cars will be very different to what we know now. Powered by small nuclear reactors there won’t be any need for petrol or even wheels as the hover car will be the norm. If Dad gets tired when driving don’t worry with the new auto driver mode the car will drive itself!” While some of that is true, self-driving cars are being tested, many of the other features that the writers thought would come true hasn’t. As with many things from the modernist era (1930 to 1970 approximately, no one is really sure) the big ideas that stemmed out of the medical and technological advances made in the 1920’s and the desire to make a better world after the Second World War flowed into the car industry. The future was bright, and the white heat of technology beckoned designers to come up with concepts for cars beyond anything they had known before. These are cars that you definitely want to be keeping under a Bespoke Oak Carport like the ones you can see at bespoaktimberframes.co.uk/ 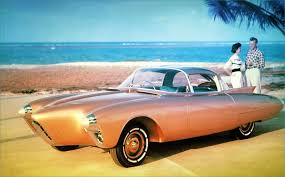 The car designers of the USA in the 1950’s are full of rich examples. Filled with economic strength and confidence after the war the jet age had a profound effect on them. The Oldsmobile Delta took the styling of a jet and applied this to a car shape. They went further a year later in 1956 with the Golden Rocket. The car was literally shaped as if it could be fired from a Lockheed F-94 like it was based on. The first Batmobile from the original television series began its life as the Lincoln Futura. With bubble canopies for passenger and driver this two-seater had sleek lines and pointed frontages for aerodynamics. The GM Firebird even had a tailfin and fake rockets at the rear.

The Ford Nucleon was a purely concept idea that was never seriously intend but it was an attempt by Ford to imagine what a nuclear powered car would look like if the technology became available and reactors could be shrunk safely to an accommodating size. 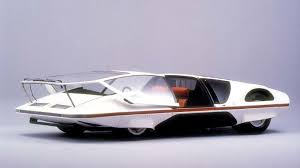 By the 1970’s the modernist movement was moving into the more post-modern realties. Cars that were more fuel efficient were sort after and the jet age/space trend tails off. Car shape that we would now come to recognise start to appear such as the Ford Megastar 2. This resembles cars that went into production in the 80’s following its styling and early attempts at aerodynamics that were practical. The Ferrari Modulo was so low to the ground you had to get in via the roof which titled to the front.