The 1960s was an era of many changes and a time during which massive social change occurred. It has been credited as being one of the most influential decades in the UK’s modern history for many different reasons. Much of this social change came from the younger generations as they were one of the first to have avoided the compulsory conscription that many of the previous generations had been subjected to. Teenagers during this decade wanted to make sure that they had their voices and opinions heard and they came from parents who had fought for their freedom during the second world war and so they were desperate for their children to enjoy that freedom. Some of the most notable social changes included the emergence of new music style including an increase in the popularity of the rock and roll genre, the common use of recreational drugs which was in part responsible for the term ‘hippie’ being used and some high-profile scandals like the Profumo affair. 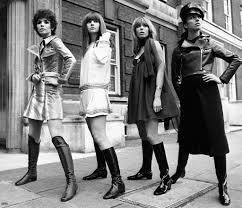 For women in particular it was an era of liberation and freedom with the contraceptive pill being made available for all women in 1967 and the feminist ideology increasing in popularity along with an increase in the number of jobs available to women and women taking positions in high profile political positions for the first time. One way in which this new-found thirst for freedom, liberation and playfulness was overtly displayed was through the female fashion world. The patterns and fabrics that were utilised reflect the changes in the social sphere. This was also similar for men’s fashion and the popular mods and rockers look, along with the still popular Farah Shirts that you can find at https://www.ejmenswear.com/men/farah/ and men began to express themselves through their clothing in a similar way to women. 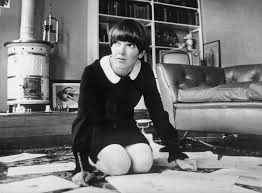 Mary Quant is one of the key designers that has been attributed with bringing about some of these female designs. She wanted women to be able to run around, jump and play whilst showing off their feminine figure which is something that would have been unheard of in the previous decade. The mini skirt is the perfect example of this. Mary used simple shapes of a geometric style and fabric colours that gave women some femininity that they hadn’t had before. Later on, in the decade there was an appearance of bright coloured and psychedelic printed fabrics that we associate with the hippie movement.

The changes that took place during the 1960s occurred very rapidly but had a lasting impact not only on the lives of those who lived through the era (in particular young adults) but also on the lives of people, particularly women in their lives today and is often something that we don’t really think about or appreciate with the more liberal and individual lives we can lead.