One of the oldest races on the Formula one circuit is the highly exciting Canadian Grand Prix. This is especially true if it rains and this can be a bit of regular occurrence as the spring time race date after Monaco is usually a bit of a wet one. It’s seen as a one to watch on the calendar and holds the record for the most viewed race in the history of the sport and it even competed with the Champions league final and the Super Bowl that year. You can be one of the those actually enjoying this great race live in the comfort of the track by sampling the delights of the Canada F1 Paddock Club by checking out https://edgeglobalevents.com/f1-paddock-club/f1-paddock-club-canada. 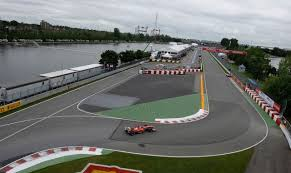 The race first began in 1967 but it was not at its now home of Montreal. To start with the race was held on alternate years over two venues the Mosport Park track at Toronto and the Circuit Mont Tremblant in Quebec. Due to the size of the country it was felt that two locations would give the public chance to see this race. As the North American races of Detroit and Phoenix began to fade away and disappear from the calendar It became the only track on that side of the Atlantic. This arrangement continued for many years with a series of exciting races being held at the tracks. This was not without cost though. There was as series of serious accidents which lead to fatalities and it became clear that there was a need for a new purpose-built track. Formula one was changing and the deaths that the sport witnessed in the nineteen sixties and seventies were not acceptable anymore. The two tracks were clearly not safe after some serious accidents and the idea was forwarded that the human constructed island at Montreal which was used for an Exhibition have its infrastructure adapted to build a new circuit. 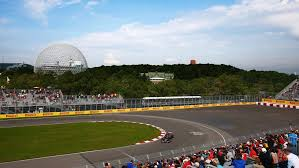 The new circuit at Montreal was not a slouch when it came to excitement and it also produced a strange feature in the Wall of champions. This is not a wall that champions what to be on. It is located at the end of the race and runs alongside the start finish straight It seems to act like a magnet for them. Damon Hill and Jacques Villeneuve all came a cropper and even the Michael Schumacher fell foul of it. Its not just F1 stars that fail. Ricardo Zonta has hit it and so have Jenson Button and Sebastian Vettel.