We take some many photos in the modern age. Landscape panoramic, selfies, action shots, shots of what were eating everything can be recorded. How did we get to this stage? It’s also very easy to take a photo now as the camera basically focuses for us and judges the light. It still takes as a great deal of skill to get that shot right and if you’re talking about a wedding photoshoot it’s not something that you ever want to get wrong. Therefore a visit to say a Bournemouth Wedding Photographer like those available at http://www.nickrutterphotography.co.uk/ is just the answer to making sure that the day goes well. How did we get to this stage of being able to take so many photos? 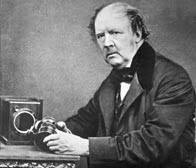 The invention of the camera stems for one man’s frustration with not being able to draw. William Henry Fox Talbot’s wife was a very accomplished sketch artist who was able to draw pretty much anything that she could see. Fox Talbot was pleased for his wife, but he wanted to be able to recreate what he saw as well. This was the only way that things and sights could be recorded for posterity. This was put into sharp focus for the Fox Talbots when faced with the beauty of Lake Como in Italy. Whist Mrs Fox Talbot knew that she was going to get a nice picture poor henry had to rely on the large piece of equipment called a Camera obscura. This took and image and reflected in onto a clear piece of glass. Paper was placed over this and then the sketcher pencilled in the detail. The results were not always that pleasing, and it was impossible to record the level of detail say if you wanted to draw a tree. 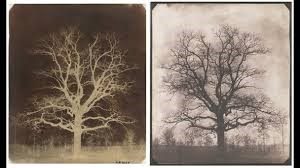 Fox Talbot realised that what he really wanted was to capture the image on the glass as he saw it rather than have to draw it. He was an experience chemist and he came up with the process of using a light sensitive paper combined with a mixture of chemicals, what we would know as developer and which brought the image that the paper had been exposed to out and then a fixer solution was added to maintain the image. At first, he did simple images such as plants and leaves but soon he was placing obscurers all over his house at Lacock Abbey. He was lucky in that it was a superb summer and once he had refined his chemical process he was soon getting fantastic, for the time results.

So when you posing for a selfie or waiting for an action shot just remember you owe it all to a man who was jealous of his wife’s artistic skills.