Canadians are lucky to enjoy a country with an abundance of lakes, mountains, and rivers. It would take a lifetime to explore everything. They also have the most beautiful falls in the world.

Here are the 10 beautiful falls to see absolutely. 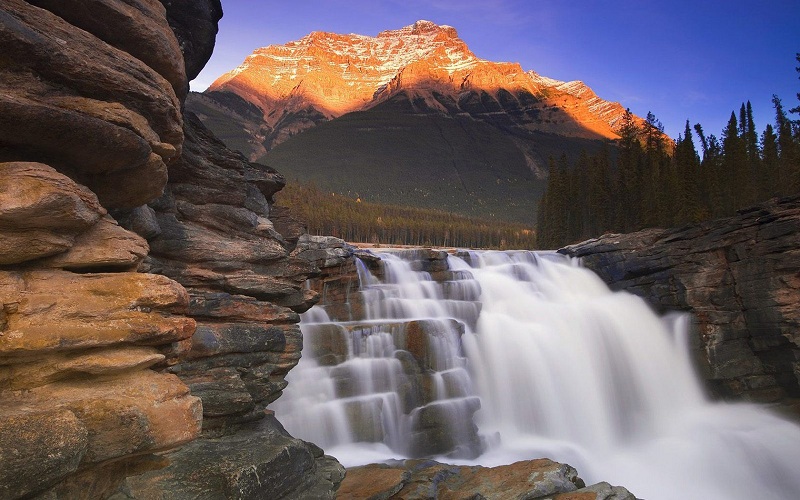 The Athabasca Falls are beautiful, but they are not the only attraction of this beautiful site. They cross the rocks and get lost in the views of the mountains. Several roads and bridges allow to observe them from several points of view. Before reaching the falls, you will walk on the edge of the limestone gorge where the swirling water has created cracks. During the year, the color of the water is always beautiful, changing from a milky white to a turquoise blue. 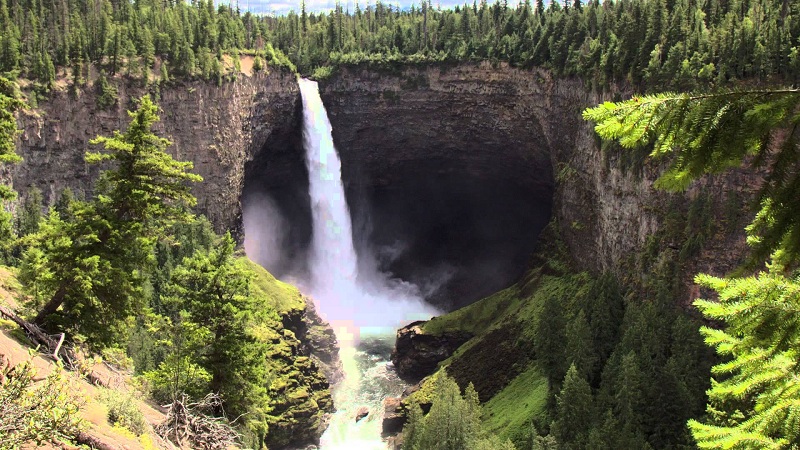 The Helmcken Falls are located in the beautiful Wells Gray Provincial Park, created in part to protect the falls. The waterfalls formed a canyon at the base of the falls. In winter, the frosted peaks turn the falls into an icy paradise. Easily accessible by road, a platform allows you to take the perfect picture of the beautiful falls. If you want to admire them even closer, it is possible to do several hikes in the area. The park was named after physicist John Sebastian Helmcken of British Columbia, but he died before seeing this wonder of nature. 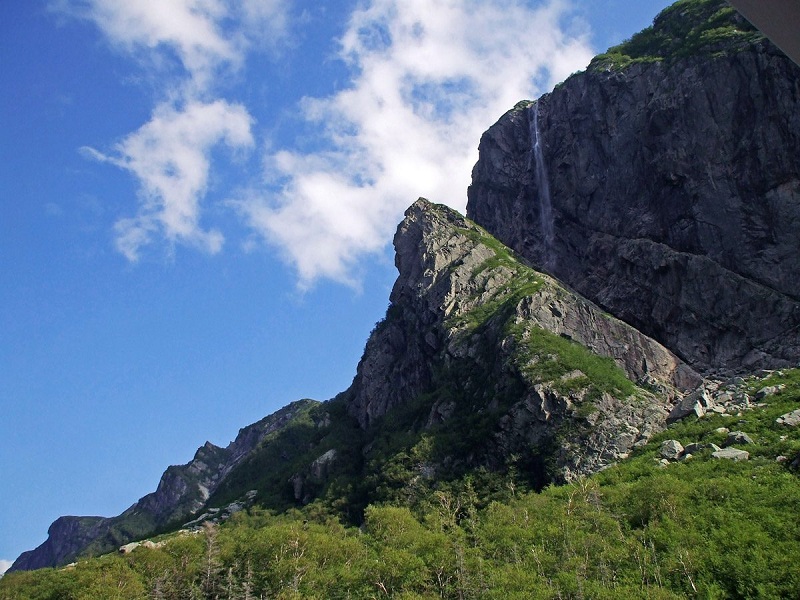 The Pissing Mare Falls have a funny name, but they are one of the highest in North America. Located in the beautiful Gros Morne National Park, they are only accessible by boat in a little-visited area. The falls fall into Western Brook Pond, a freshwater fjord created by glaciers many years ago. These falls are impressive and the cliffs are of a beautiful emerald green color. 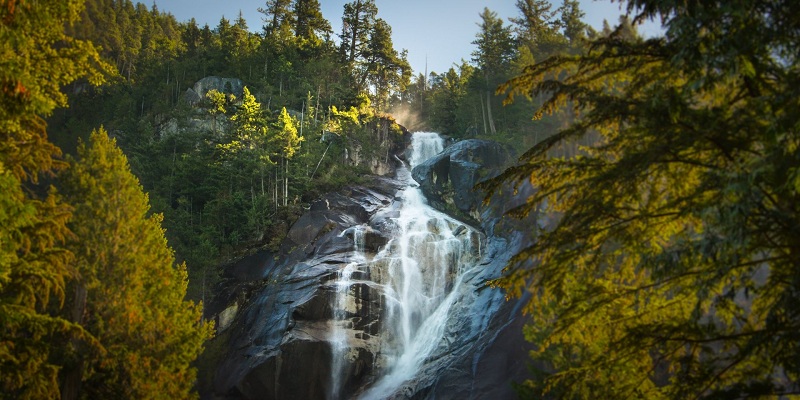 The stunning Shannon Falls flows into Howe Sound and eventually into the Pacific Ocean. They skirt the Sea to Sky Highway and are two kilometers south of Squamish. It is best to go in the spring or fall. The falls are only 200 meters from the public parking on a paved path. When you arrive at the falls, paths allow you to walk in the pretty surroundings. Named after William Shannon, a 19th-century brick builder, these falls are the third highest in British Columbia. 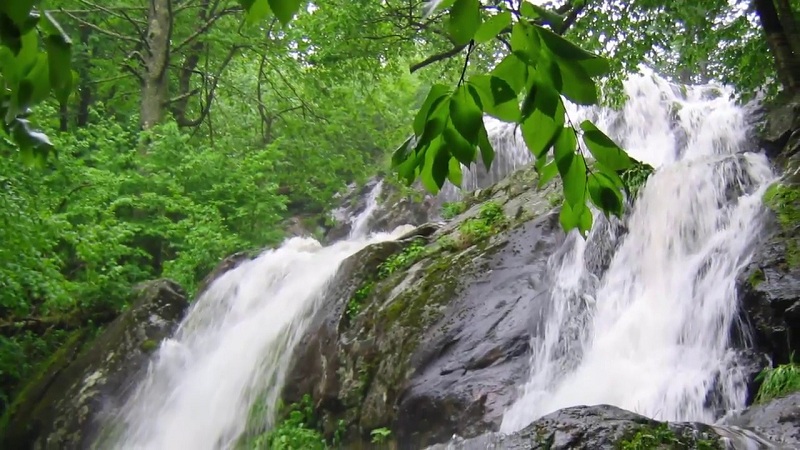 Twice as big as Niagara Falls, we rarely hear about it. Nicknamed Nailicho, a word that means “big river falling” in the Cree language, these huge falls are located on the South Nahanni River. They are quite isolated and only 1000 visitors a year go there by canoe or seaplane. No matter what mode of transportation you take, you will witness magnificent views and wildlife. If you visit the falls, take the time to wander through the rest of Nahanni National Park Reserve, which has recently been expanded, and is about the size of Haiti. 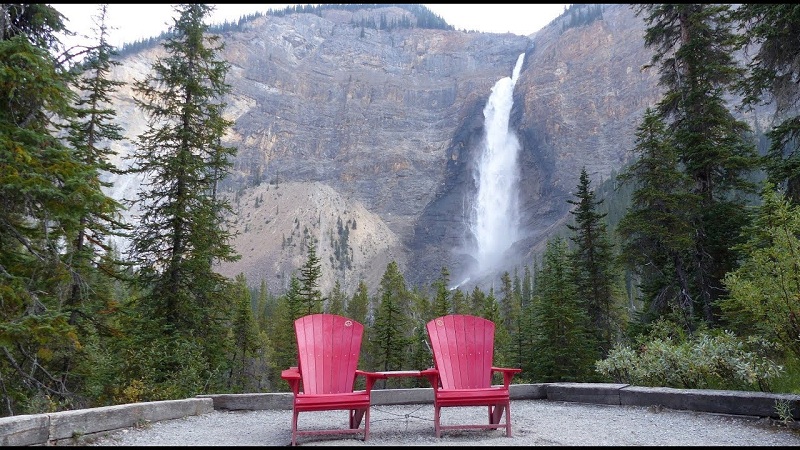 In the Cree language, Takakkaw means “majestic” and describes the second highest falls in Canada. After driving on a steep road, we arrive at the falls. Even if you can see them from far away, it is better to be close by, as the spectacular views, the cold mist, and the roars make for an unforgettable sensory experience. The road to the falls is usually open from late June to mid-October but may close due to weather conditions. 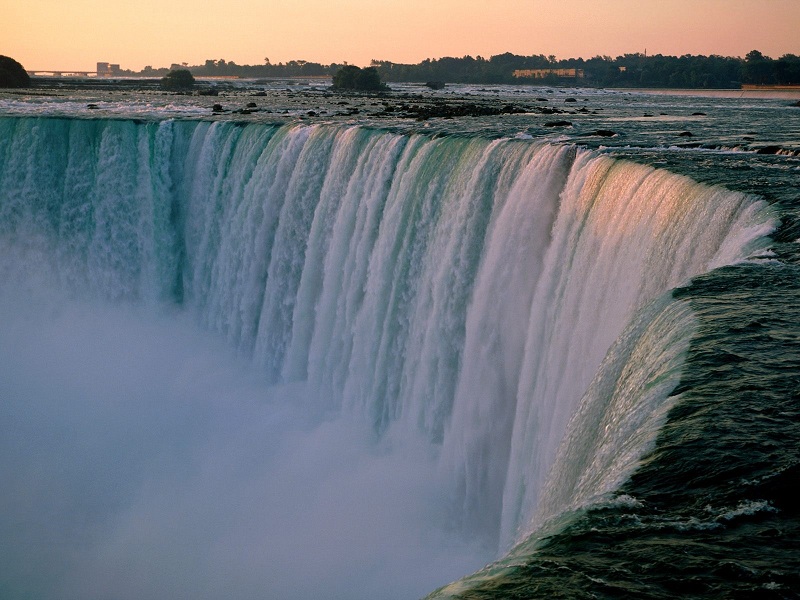 Niagara Falls Falls are the most famous. They consist of three falls including the Horseshoe Falls, the only one on the Canadian side. Easily accessible and impressive, it is the most powerful in North America. They were formed long ago by glaciers and their beautiful green color comes from dissolved salts and fine rocks. It can be seen from several points of view, including the Maid of the Mist cruise, which has been around since 1846 and is the oldest tourist attraction in North America. Recently, the falls were seen in the movie Pirates of the Caribbean. 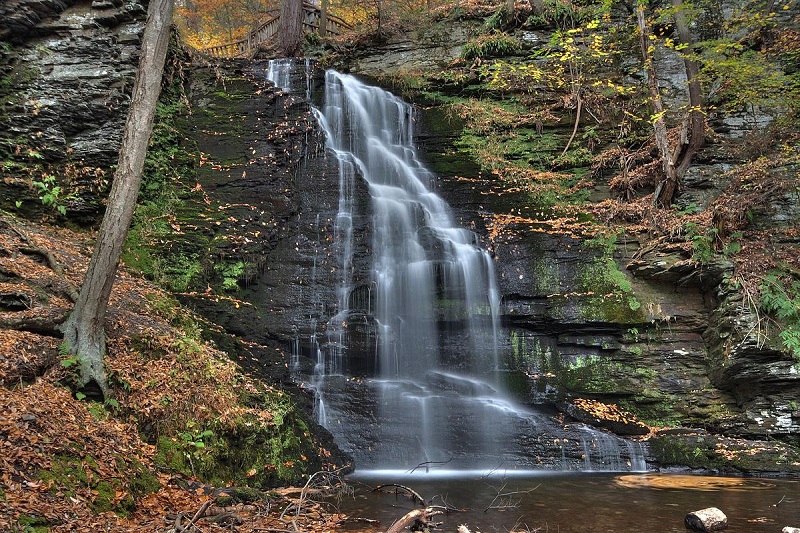 Pretty and delicate, these beautiful falls are located to the east of Chilliwack and really look like a bridal veil with its water coming down gently on the smooth rocks. You can get there easily by walking 15 minutes. Picnic tables are on site and there are several places to watch the wildlife. The falls are located at Mount Cheam. For the adventurous, this is a great place to go paragliding. 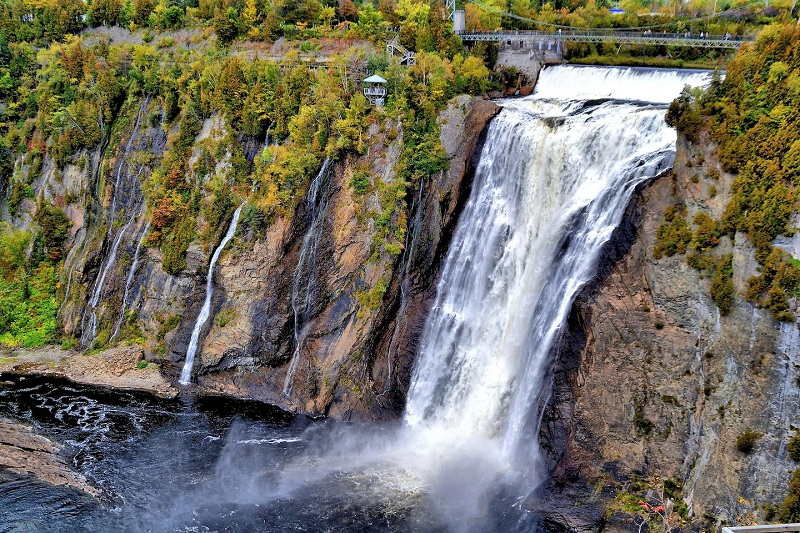 Located just outside Quebec City, these magnificent falls are taller than Niagara Falls. You can observe them by a suspension bridge or a funicular that will take you from the top to the bottom (or vice versa). For those who have a lot of energy, there is a wooden staircase to get there. The falls are accessible year-round and, in the winter, the peaks that form are scaled by the bravest. 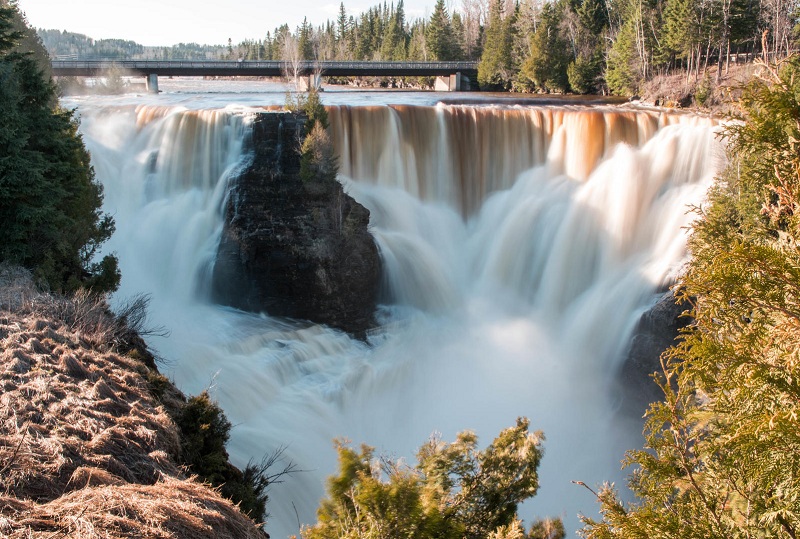 Nicknamed the Niagara Falls of the North, these beautiful falls are located 30 km west of the Thunder Bay on the Kaministiquia River. Ojibwe means “fall over a cliff”. The Kakabeka Falls are easily accessible by a multitude of paths and platforms that rise to the summit. They dive for 40 meters and descend into the groove carved into the Precambrian bier. This site is also home to the oldest fossils in the world and was the traditional route of the fur trade of travelers.

Reasons Why People Extend their Homes